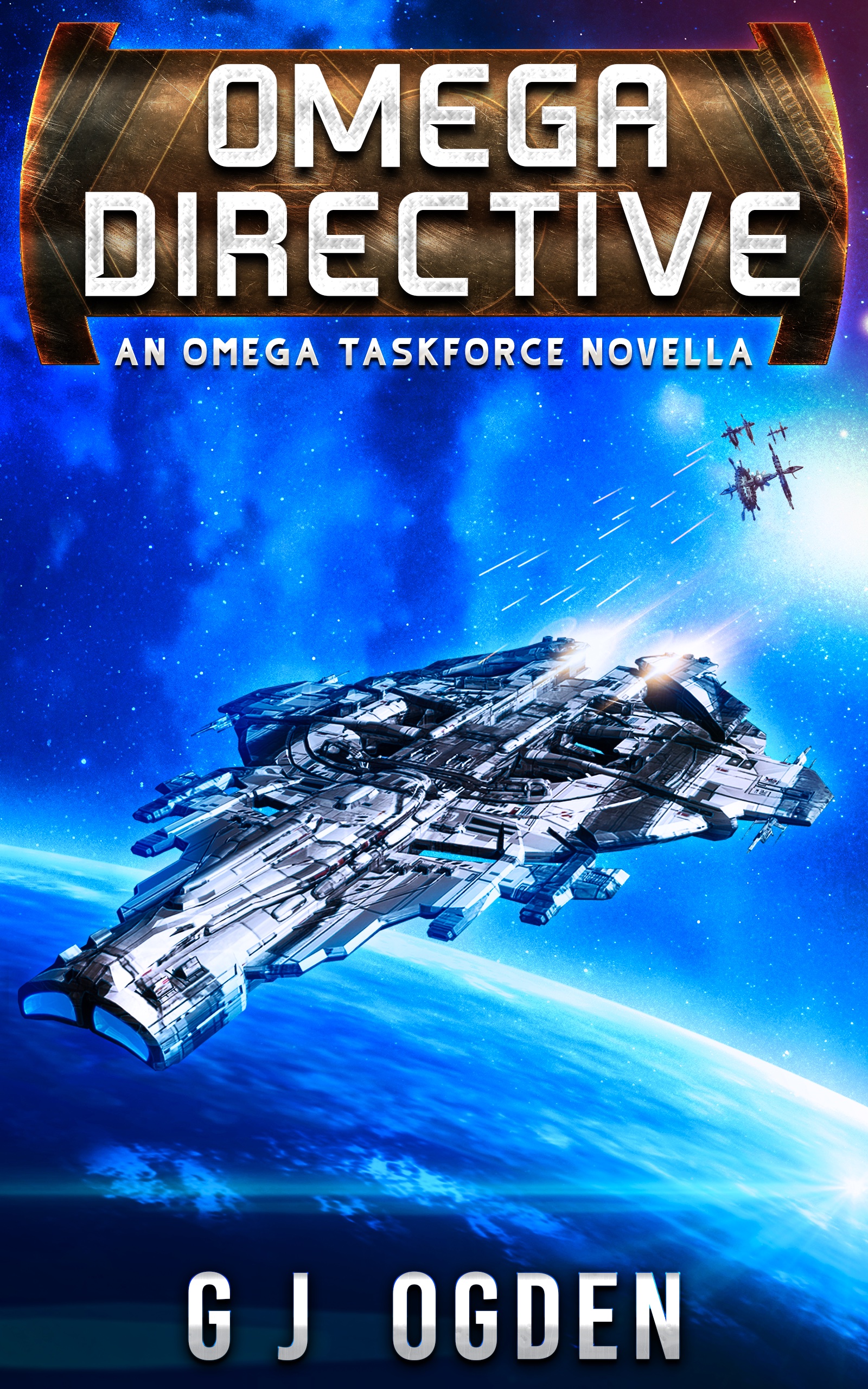 Get Your Free Sci-Fi Ebook

The Planetside Bulletin is the regular newsletter by Sci-Fi author, G J Ogden. It contains details about new and upcoming books by G J Ogden and similar Sci-Fi authors, plus occasional offers.

Subscribe and you'll also receive a copy of my latest sci-fi novella, Omega Directive, for free.

G J Ogden is the author of multiple science fiction book series in ebook, print and audiobook formats, with a combined total of well over 500 5-star ratings.

Fleet Commander Lucas Sterling is about to have a really bad day.

A surprise attack by ruthless alien race, the Sa'Nerra, throws the crew of the Fleet Dreadnought Hammer into turmoil. Earth is already losing the fifty-year war - but the capture of the Hammer would mean certain defeat.

Even worse, the Sa'Nerra have a new weapon, able to disrupt neural communications and manipulate Fleet crew into turning against their own.

With everything at stake, the mysterious Omega Directive comes into effect. Cut off from the rest of the crew, Commander Lucas Sterling is forced to make an unconscionable choice to ensure that the Hammer and its crew live to fight another day

Omega Directive is a military sci-fi novella by G J Ogden. It serves as an introduction to the Omega Taskforce military sci-fi series, though it can also be enjoyed on its own. If you like the sound of Battlestar Galactica crossed with Star Trek's Section 31, you'll love it. Enjoy ruthless alien warriors, running gun battles inside massive capitol ships, mystery, high-stakes action and epic twists. Try it today!

Omega Directive is available to buy from Amazon and other online bookstores for $0.99 / £0.99 and equivalent prices regionally. See here for Omega Directive on Amazon. To learn more about books by G J Ogden, visit www.ogdenmedia.net